Earlier today we visited ADCAM in Manaus. Manaus is the 4th major economic zone in Brazil after Sao Paolo, Rio de Janeiro, and Minas Gerais. The factories of major companies Suzuki, Sony, and Nokia are driving the growth of Manaus. Favorable tax rates have attracted many companies to this region over the last 30 years. As companies set up their factories, the opportunity for labor positions surfaced. Many people from the surrounding regions migrated to Manaus in hopes for a job. However, they faced very difficult circumstances. Many of them didnâ€™t get hired due to lack of experience or qualification. Those who did get jobs did not earn enough income to provide basic necessities to their families.

Non-profit organizations started springing up in Manaus to help support these workers and their families. One such organization is ADCAM. Since its inception in 1984, ADCAM has grown from a small daycare to an education entity. Spanning a high school, a college, and a vocational institute, the organization is providing education services to over 5,000 students every day. We had a chance to spend an entire day at ADCAM in Manaus. We spent time with some students, some of the teachers, and the founder. Many of the students had started working as early as 14 years of age, the legal age in Brazil. They receive vocational training at ADCAM which then can be used when they pursue their career.

One of the questions I had during this trip was to understand how the boom in industries over the last 30 years is affecting the environment thus, and the impact in the future. While both the teachers and founder acknowledged the challenge, I felt they did not provide a clear answer about how their program will specifically address this challenge. They also mentioned that they will start environmental training courses soon.

Over the last 30 years, ADCAM has responded to the needs of the Manaus community and growing number of factories. I am confident they will continue to evolve, preparing the next generation to answer the environment challenges I had hoped to gain insight into.

Want more on the South America trip? Adnan Mahmud and Nancy Xu are also blogging about their experiences with the team. Follow Adnan here. Follow Nancy here. Keep up to date with us also on Facebook. 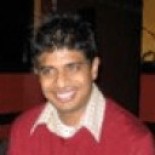