Imagine a woman working at a marketplace in the US . She needs to use the restroom, so she walks three minutes around the corner, grumbles about the line that has formed, but then uses the toilet and gets back to work.

Now imagine that woman living in the Shivaji Nagar slum in Mumbai. She has held it all day to avoid this moment, but she desperately needs to go. She walks 20 minutes just to reach the nearest womenâ€™s restroom to find it filthy, stained, and disgustingly odorous. After she finishes, the male attendant asks her to pay. â€œBut I only urinated,â€ she protests. â€œHow should I know?â€ he replies, still barring her exit. She hands over four rupees, about 1/6th of her daily earnings, and then is allowed to leave.

The above scenario happens daily for thousands of women in India as highlighted by these two New York Times articles. The lack of access to improved sanitation is a huge problem in India. In New Delhi alone, the national capital, there are 1,534 menâ€™s toilets to just 132 for women. The situation is so dire that often women purposefully donâ€™t drink water just so that they will not have to use the restroom, leading to further health problems than poor sanitation. Worldwide, around 2.6 billion people (36% of the world’s population) do not have access to improved sanitation facilities, and access is not increasing at the rate it needs to in order to meet the UNâ€™s Millennium Development Goal (MDG) deadline of 23% in 2015.

While this data seems grim, in reality this lack of progress can be attributed to aid not going to the right places.

While building toilets might be less attractive than building wells, improved sanitation has an enormous benefit to the people who have access to it. It reduces disease, child mortality, and helps practically all the MDGs. It increases dignity within a community, can help raise education, end the poverty cycle, and even increase GDP.

For example: Improved Sanitation addresses the Gender Equality MDG in many ways. More toilets increases womenâ€™s mobility, dignity, and ability to work, and lessens incidences of assault or rape. In addition, the 2012 GLAAS Report that showed that improved sanitation in schools lead to better attendance. For example, if schools worked to improve menstrual hygiene they could encourage girls who often miss class when menstruating to attend. This in turn helps close the education gap.

What is Jolkona doing about it?

We’re running the Give Health matching campaign, and Jolkona has three projects (Project 67,Â Project 76, andÂ Project 95)Â that address the sanitation situation. Two of them build sustainable latrines in rural Southern Asia, and the other builds either temporary or permanent latrines in Haiti. If you support one of these projects, you will receive a photo of the latrine you provided, and information about the family you are supporting. Donate this month and make double the impact!

Charts from: WHO and UNICEF (2010) Progress on Sanitation and Drinking Water; 2010 update. Joint Monitoring Programme for Water Supply and Sanitation. [http://www.unicef.org/media/files/JMP-2010Final.pdf] 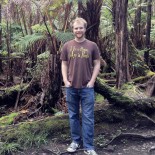 George Felton, the Editing and Writing Intern at Jolkona, is a current Sophomore at Whitman College. He intends to double-major in Classics and Philosophy, and is interested in writing, travel, and ultimate frisbee.